2010 – Through the crowdsourcing platform Battle of Concepts the NCSI  (the former Dutch National Centre for Workplace Innovation) asked students and young professionals to describe the cao (collective labour agreement) of the future. In a ‘bundle for  inspiration’  the ten best concepts are displayed, along with a summary of the jury report.

Driver: link between labor market trends and the collective agreement
Traditional collective labour agreements and terms of employment are based on classical organizational paradigms. For current trends in the labor market, such as individualisation and flexibility, they may be a barrier. The NCSI therefore asked to students and young professionals how the collective agreement of the future should look like and proposed two angles:
1. What terms are to be fixed for all employees and what can be arranged individually
2. What process should be followed to realize a collective labour agreement?

What is to be agreed upon for all an what individually?
Most of the respondents see a collective labour agreement as a means to establish frameworks, ensuring transparency within an organization. Within this framework it should be possible for the individual to make choices. The respondents were asked specifically to give their opinion on agreements on time, development of competences, salary, pension and vitality, health and sickness absence.

Trends in design of the process
One of the questions was “How can employees be involved actively in the process of the creation of the collective labour agreement?" In the top ten concepts the jury found the following trends:
– The use of technology and social media to organize optimal involvement and influence of employees.  In some proposals the use of these media is combined with  a strong visualization of the collective agreement.
– Everyone has to participate, all employees can submit ideas or proposals, participate in decisions about priorities and vote.
– The role of the unions is not seen as an advocate but as an expert in the field of terms of employment. They are given the task to organise the process of the bargaining in a very democratic and transparent way. 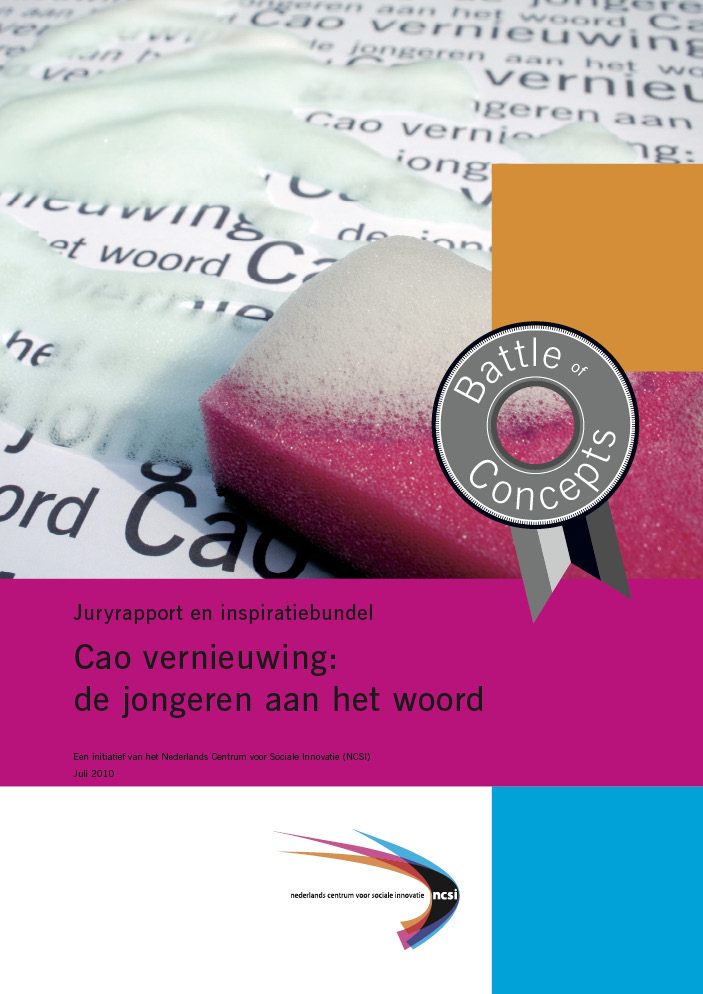